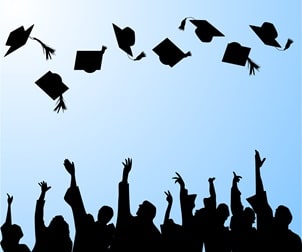 Job prospects for MBA graduates in 2014 are looking good with a global survey by the Graduate Management Admission Council (GMAC) showing more than three-quarters of employers that plan to hire business school graduates expect to maintain or increase their hiring from this year.

“Actual hiring for 2013 and projected hiring for 2014 are much improved from a few years ago, despite persistent uncertainty in the global economy,” said Rebecca Estrada, GMAC survey manager. “In addition, between 45 percent and 58 percent of employers plan to increase annual base salaries at or above the rate of inflation, another indicator that demand for talent remains strong.”

The poll of 211 employers in 33 countries serves as an early gauge of next year’s job market and includes one-fifth of the Fortune 100 and 41 Fortune 500 companies.

It projects some optimism for direct-from-industry hires and master in management graduates, as the percentages of employers who expect to hire in these categories is five percentage points higher than the percentage that actually hired them last year (87 percent vs. 82 percent in 2013 for direct-industry hires and 42 percent vs. 37 percent in 2013 for master in management graduates).

The poll also found the vast majority of employers agree that business school graduates need to have exceptional interpersonal skills (97 percent) and the ability to use data to drive decisions (98 percent).

The annual year-end poll of employers provides an early look at hiring plans. GMAC’s more in-depth Corporate Recruiters Survey is conducted in February and March and released in May. For a complete copy of the poll report, go to gmac.com/employerpoll.