The New Year looms ahead, teeming with possibility and opportunity. It’s at this point many people consider starting on the path to a Master of Business Administration (MBA). For some, it’s the natural next step on the road to professional enlightenment and potential success in the world of business.

For those who may be thinking than an MBA is just another qualification that requires a larger amount of time and money, here are five reasons why you should make an MBA a priority in 2017.

The old saying ‘you reap what you sow’ has never been more true when comparing the return on investment from MBA studies. In the past three years, ROI has remained positive despite changing economic conditions. Even people who graduate 20 years after their studies continue to reap rewards on their investment. Research from 2016 revealed that business school alumni earn a median of US$2.5 million in cumulative base salary over 20 years following graduation.

Aside from the financial rewards, approximately 73 per cent of MBA graduates said their qualification resulted in faster career advancement, which contributes to higher levels of job satisfaction. MBA students also find that the education provided help develop the knowledge, skills and abilities that in turn enhance their personal well-being.

Professionals with an MBA are more likely to find themselves open to paths that lead them to self-employment.

A 2014 survey by the Graduate Management Admission Council (GMAC) found that while 79 percent of MBA graduates from 1959 to 2013 currently work for an employer, 11 percent are self-employed, and 5 percent were retired.

MBA graduates are armed with the skills and knowledge to start a business immediately after graduating, but GMAC found that having an MBA also provides the future career flexibility and experience to help start businesses years later.

There’s something about an MBA that makes someone more hireable. At least, that is what 88 per cent of corporate recruiters who work directly with graduate business schools thought in 2016.

The Graduate Management Admission Council tracked the employability of MBA students and found that from 88 per cent of corporate recruiters planned to increase their intake of MBA students in 2016 by eight per cent, which equates to 33 per cent higher than 2010, the lowest point of the Great Recession.

While nothing is certain in the job market, there is clear evidence that recruiters find real appeal in their prospective applicants if they have an MBA education under their wing. 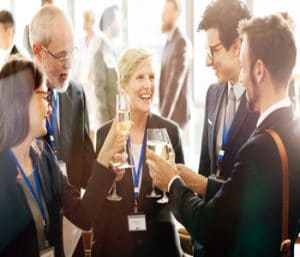 As an MBA student, you have great networking opportunities. Through this type of study
you get to know and interact in a relevant manner (in a context that accentuates your business management capabilities) with colleagues (future high-level managers), professors and teaching staff (usually former or current potent business people, with great on-field experience).

Furthermore, if you are not doing a part-time MBA next to your job or within your company you have good chances to meet potential employers through the various internships that are part of most top MBA programme. Last but not least you gain access to the extensive alumni network of that particular MBA programme and of others (professionals with key positions to whom you already have a direct link through the MBA education you possess). This extensive, well consolidate business network is bound to pay off throughout your whole career making you the first-hand recipient of all relevant information in the field and giving you better chances at seizing the best opportunities.

An MBA gives you the opportunity to travel extensively with some subjects. Whether it be an international excursion or a rigorous business competition with schools around the world, MBA students get to expand their horizons past the classroom.

In 2016 Bond University gave twenty-six business students the opportunity to join an annual entrepreneurial pilgrimage to California’s Silicon Valley. They visited major companies that began as start-ups, like Google, Rocketspace and Omada Health to get a first-hand insight into the world of entrepreneurship and business success.

While in California, students on the tour often called the trip “a once-in-a-lifetime experience”, which provided them with opportunities to build networks with MBA and EMBA students and the inspiration to create a business in the future.

MBA students can also pursue accolades on the world stage, just like the MBA students from QUT Business School who travelled to Canada this year to participate in the John Molson MBA Case Competition. With nothing more than a hotel in Montreal and their business education, QUT came away from the competition as third-place winners.

Whether it be pursuing the world of business overseas, landing the perfect job at home, or setting off on your own entrepreneurial adventure, starting an MBA in 2017 could be the best decision of your life.