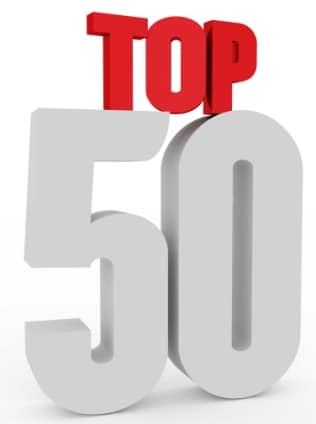 Australia has dominated the latest QS Top 50 under 50 ranking of universities which have been established within the last 50 years.

While no Australian university made into the top 10, local institutions made up nearly 20% of the list with nine entries.  University of Technology Sydney (up 11 places), University of Wollongong (up two places) and QUT (up six places)all recorded improved rankings.

Macquarie University dropped off the list after celebrating its 50th anniversary while Flinders dropped out of the top 50. Griffith University and James Cook University bot made the list for the first time.

The Australian Top 50 universities are:

HKUST in Hong, NTU in Singapore and KAIST in South Korea held the top three positions on the list globally.

Compiled by QS Quacquarelli Symonds, the leading global and regional university ranking researchers, the QS Top 50 under 50 is based on results from the  QS World University Rankings 2013/14, a list of the world’s top 800 universities.

QS head of Research Ben Sowter said: “The dynamic nature of this ranking makes it an interesting comparison with our global and regional rankings. By  focusing on the performance of these younger institutions alone, the list aims to spot the up-and-coming higher education powerhouses in the global  arena.”

“The list currently has four 1965 foundations, six from 1966, and one from 1967. It’s likely that these changes will continue to drive the  QS Top 50 Under 50 for at least two more years as 10 of the 50 vanish. Whilst Asian institutions may dominate the top of the list today, Australia’s many  young institutions may close the gap shortly.”