Students who study postgraduate business and management programs like MBAs are on the best track for greater salary potentials, according to the 2018 Graduate Outcomes Survey.

The recently released 2018 Graduate Outcomes Survey – Longitudinal (GOS-L) measured the medium-term outcomes of higher education graduates including employment opportunities and remuneration rates. The data was compiled from 39,744 completed surveys taken by students from 60 Australian institutions who graduated in 2014 and began their professional lives in 2015.

The report revealed that a postgraduate business and management program – like an MBA – provided the highest average earning potential between 2015 and 2018.

Of the 21 study areas recorded for the report, Business and management also experienced the highest salary increase of all, rising $15,000 since 2015.

“In 2015, the study areas with the highest full-time median salaries were Business and management with $100,000 and Engineering with $92,000,” the report stated. 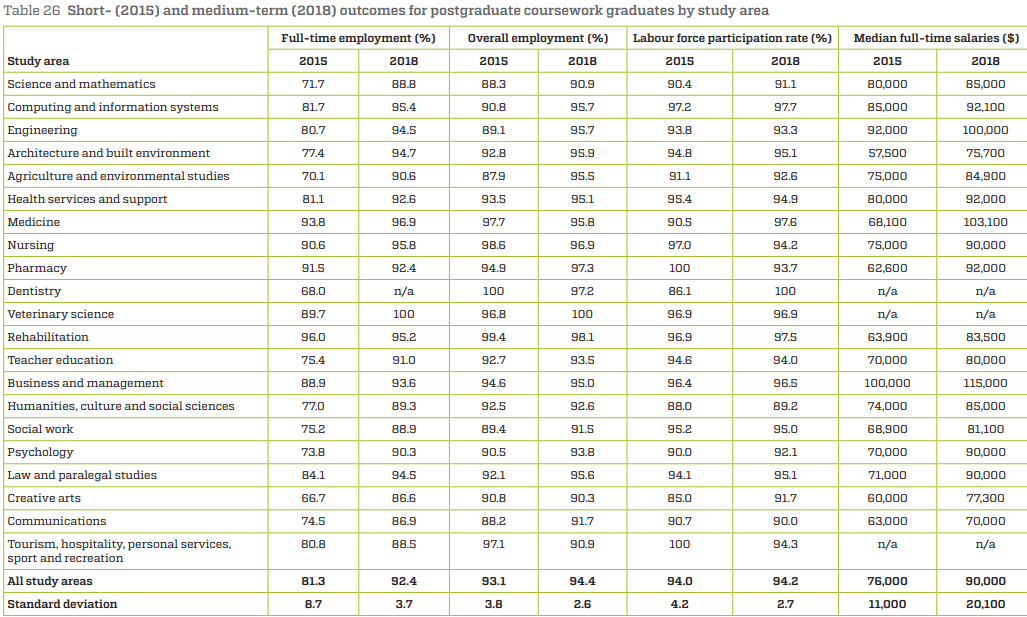 Business and management’s high salary potential appeared to contribute to high popularity within the business industry, as the study area held one of the highest proportions of graduates entering the labour force. According to the report, the labour force participation rate for Business and management study was 96.5% in 2018, which was one of the highest of all the study areas behind Computing and information systems, Medicine, Dentistry, Veterinary science, Rehabilitation.