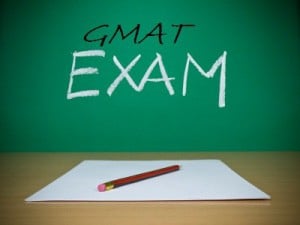 About 18 percent of all GMAT® test takers sit for the exam more than once, which creates the admissions challenge of deciding how and if to use multiple sets of scores. Should you consider only the most current scores? Should the highest scores be used? Should scores from different test administrations be averaged? Or, should you combine the highest scores across subtests? There isn’t a simple mathematical answer to this question, as the answer depends on your philosophy. This note presents information about test takers that retake the GMAT and different approaches you can use to guide your decision.

Who retakes the GMAT exam?

The 18 percent of the GMAT test taking population who retake the exam are a special, self-selected group. Examinees that perform as they expected, or better than they expected, have no motivation to retake the four hour exam. We can logically infer that those that retake the GMAT are not happy with their original scores and are confident they can do better. Our research (Graduate Management News, Oct. 2011 and GMAC Research Report, May 2011) indicates that those who retake the test are less likely to have finished their first exam and are more likely to have GMAT scores that are not aligned with their undergraduate GPAs.

On average, the self-selected examinees who retake the GMAT obtain only a modest increase in Total score – about 31 points. These gains are consistent with the gains found for the SAT®1 and the LSAT®2,3. In contrast, the average gain for a random sample of test takers is expected to be zero with a standard deviation of 28 points. While the gain is modest, another way to look at the data is that slightly more than 50 percent of the repeat test takers have gains that are more than chance fluctuations. The extra gain is not surprising. Those that retest are not a random sample and there is a reason they are sitting for the exam again. Not everyone gains when they retake the exam. In fact, almost 25 percent of test takers have lower second scores.

Because no test is perfectly reliable, scores for an individual taking a test multiple times will fluctuate around the person’s true score. Thus, one can argue that the average of scores is a better estimate of the test taker’s true ability than any single set of scores. However, this assumes that the test taker is equally well prepared and equally attentive across testing sessions.

As human beings, students are not always consistent. Whether a test is intended to measure typical or optimal student performance, changes in such things as the test taker’s attitude, health, and sleep may affect the quality of their efforts and thus their test taking consistency. Test takers often make careless errors, misinterpret or forget test instructions, inadvertently omit test sections, or misread test items. It is for that reason GMAC encourages all test takers to become familiar with the exam and offers a variety of affordable and free test preparation material. Nevertheless, many test takers sit for the GMAT with minimal practice the first time and many are penalized because they did not properly pace themselves. Approximately 25 percent of test repeaters did not finish either the quantitative or verbal sections the first time and their gains on retesting were higher.

How should one respond to careless mistakes or lack of preparation? On one hand, schools want students that pay attention to detail and properly prepare for class. If an applicant is not going to prepare for the GMAT, how can you expect them to fully participate in their education? Therefore, one could argue that just the lowest scores should be considered.

On the other hand, if a person has a second higher score, we can assume they prepared better and their new score better reflects their ability. Isn’t their true ability a major part of evaluating fit? If one thinks a test taker should not be penalized for poor performance when they have shown a higher capability, then consideration of the highest scores is the logical choice.

If one is going to examine the highest scores, then which set of scores should be examined—the best scores from one sitting or a combination of best scores from different test administrations? An argument to use the best set of scores from one sitting is that it places everyone on a level playing field. The scores represent the best the test taker is able to do given the allocated test time. Unlike the combination approach, no one has an advantage by virtue of concentrating their preparation on a one subtest or another.

An argument for the use of combined scores is that it gives the test taker the benefit of every doubt. Each subtest measures an independent set of skills. The best score on each independent skill is a reflection of the test taker’s highest capability. A counter argument is that the test taker may have “gamed” the system by concentrating their efforts on one subtest the first time and then the other for the second. However, that should not matter. There is a point of diminishing returns for test preparation and again, the tests are independent.