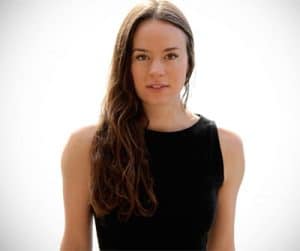 University of Sydney MBA Scholarship recipient Kelly McJannett is the very model of a modern MBA student, using her new found skills to build a better world beyond the corporate arena.

Kelly was the recipient of the 2016 David Anstice MBA Scholarship and is working to provide food security to some of India’s poorest villages.

Ms McJannett is the CEO of Food Ladder, a Non-Profit Organisation that has created innovative food security measures for disadvantaged communities, including parts of Australia’s Northern Territory.

“The reality is that climate change is having a massive impact – it’s perpetuating the challenges that we already have with food security, and it’s the poor who are affected the most,” said Ms McJannett.

“We’re focused on where the need is greatest. The magnitude and scope of food security issues in India is such that a genuinely scalable, sustainable food security solution is necessary and that’s exactly what we’re providing,” said Ms McJannett.

The initiative provides unique greenhouse technology, which are managed by the local people to produce nutritious, adequate and safe food, while creating local economies in small communities.

Food Ladder is about to install five more of its systems in village schools across the north Indian state of Uttar Pradesh, with the goal of supporting over 4000 children. “Hydroponic technology is used commonly in commercial production, but it’s never been used in the context of food security.

A huge amount of innovation has gone into adapting our unique design to the conditions in which we’re working,” said Ms McJannett.

System temperature is maintained at an optimum level, and the greenhouses deliver water and nutrients directly to the plants, allowing food production to be five times more efficient than traditional farming.

“I was really wanting to get away from the old fashioned charity model and work to create self-sufficiency through a high replicable social enterprise model,” said Ms McJannett.

“Because the systems are run locally we are able to focus on creating empowerment and employment of women simultaneously – a critical link in the long term alleviation of poverty,” said Ms McJannett.

“Food Ladder has ambitions to create a sustainable food security solution worldwide. To have the university supporting our work is really valuable. Long-term, I hope we can achieve maximum possible impact together,” said Ms McJannett.

Funding assistance from the Australian Government’s Department of Foreign Affairs and Trade Direct Aid Program has assisted in the expansion of Food Ladder.

“We are honoured to have the support of the Australian government. It’s our strategic partnerships with the likes of Australian Government’s Department of Foreign Affairs and Trade Direct Aid which are enabling our growth internationally,” said Ms McJannett.

“The Business School is committed to leadership for good. There is much evidence that millennials – people born between 1980 and 2000 – are as interested in doing good as they are in making money,” said Director of the MBA program, Professor Guy Ford.

“Food Ladder’s rollout of its food security solution to schools across India is a great example of this, and Kelly McJannett and her team at Food Ladder are to be highly commended. It is a privilege to have Kelly studying in our MBA program,” said Professor Ford.

Closer to home, the Food Ladder initiative has recently received funding for a system in Australia’s remote Arnhem Land, following its success in Katherine in the Northern Territory.