It started with her parents, described by Kudzai as entrepreneurs who dabbled in the share market and who regularly shepherded her to annual general meetings as a youngster.

Back then, she concedes, it was all about the morning teas that were hosted for shareholders after the tedium of sitting through the meetings.

However, Kudzai’s study of numbers began in earnest at age 15 after she specialised in business and economics at school in her native Zimbabwe. In part, her passion was driven by the dynamics of hyperinflation that has ravaged her country for more than two decades.

“My interest in economics was triggered by seeing a lot of what you read in text books actually happen,” says Kudzai. “I really became interested in monetary policy because it actually affects our day-to-day life. It’s something we live and breathe.”

When she came to Australia in 2007 to undertake a Bachelor of Commerce majoring in Economics and Finance at Griffith University, she didn’t have to wait long for numbers to start flying again as the GFC unfolded a year later.

Kudzai reflects on it as an ‘interesting time to study’. It was a period when textbooks on economic theory were thrown out and new ones written.

After graduating from Griffith in 2009, she spent several years working in not-for-profit roles in the developing world.

Her role as Business Manager at King’s involves oversight of the church’s ancillary services, profits from which support Christian missions both overseas and domestically. The services include the campus café, an after-school care facility and Plus One Care, a community service agency.

It’s a role that has reintroduced Kudzai to the challenges of management and called for expertise in areas like marketing and human resources, prompting her to study an MBA at Griffith.

Along with her enrolment documents, Kudzai also applied for an MBA Scholarship for Women at Griffith Business School. The scholarship supports women studying an MBA at Griffith and is open to Australian citizens, permanent residents and humanitarian visa holders.

“When I undertook my first degree at Griffith, marketing and management didn’t really interest me,” Kudzai says. “Now I find that I need to bring my skills up to date, especially from a human resources point of view.”

While she will be taking at least one subject a semester online, Kudzai is making time in her work schedule to attend classes at Griffith’s Gold Coast campus.

“I learn better that way, because you get to discuss things with others,” she says. “We can have conversations afterwards, ask questions, and part of the university experience for me is about interacting with other people. You make really good friends across different fields as well.”

Kudzai, who has become an Australian citizen, says because of her lengthy stint in the not-for profit sector, the scholarship has made a huge difference to her pursuit of an MBA. The scholarship pays half the tuition costs each semester.

The Griffith Business School MBA Director, Associate Professor Chris Fleming, says Kudzai is one of the first recipients of the new MBA Scholarship for Women.

“It is one of three new MBA equity scholarships we have introduced at Griffith Business School, along with the MBA Scholarship for Aboriginal and Torres Strait Islander Peoples and MBA Scholarship for International Students,” says Associate Professor Fleming. 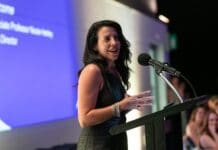 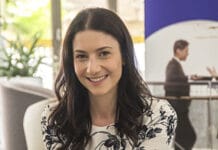