Kaitlyn Rafter wanted to transform her career and knew a QUT MBA was the way to do it.

However, the practising solicitor did not expect the way in which the program at QUT would land her a dream job at global resources giant BHP.

“It was early on in my MBA studies when I was exploring new career opportunities but not quite securing that final position,” Kaitlyn said.

“I wanted to get feedback on whether there was something on my resume that was holding me back.”

That’s where the QUT MBA Careers service came in.

“I met with a careers coach and he helped set up a few coffees with people he knew within the field of consulting and from that I got my role in BHP,” she said.

“It was through QUT connections that the career change I started my MBA to achieve, became reality.” QUT Graduate School of Business Program Manager, Tim Burton, said the service was just one way the university was empowering people to transform their careers.

“The ability to transition to a completely different field is created by taking the skills they’ve got and blending them with an MBA,” Mr Burton said.

“An MBA also has a lot of value for someone looking to move up into a CEO-type of opportunity.

“There is a very broad range of people that reach a certain point in their career and want to do something more.

“When they need the skills and knowledge to get to the next level, that’s when an MBA comes in.”

As part of the MBA course structure at QUT, students can add greater depth in an area of interest by choosing a concentration in Leadership and Strategy.

For example, one unit, titled Personal Leadership and Change, provides an opportunity for students to increase their understanding of themselves and how their interactions with others impact on their effectiveness as leaders in complex business environments.

Mr Burton said it was the focus on leadership that empowered MBA students to transform their careers.

“A QUT MBA gives students 360 degrees worth of feedback about themselves,” Mr Burton said.

“This gives them an opportunity to unpack who they are, where they are being effective and where they can grow to be more effective.

“It also explores where they are in their career and where they want to move forward to.

“It provides an opportunity many don’t get in life – a chance to step back and examine ‘where am I, what am I doing, where do I want to go’.”

Kaitlyn was working as an in-house solicitor when she began her MBA in 2018.

“I decided pretty quickly I wanted to be in a more commercial decision-making role and be more accountable for driving outcomes,” she said.

“I started looking at management consulting and thought that would be the pathway, but a lot of the feedback I was receiving was that lawyers were considered to be too risk-averse for a direct business hire.

“My experience was in law and I couldn’t demonstrate the other side of the coin or any form of commercial decision making.

“I decided to do an MBA to open the door to transition out of law.”

Through completing the MBA capstone project, Kaitlyn was also able to connect with BHP’s Global Head of Diversity and work on the company’s Diversity Strategy Project to satisfy her MBA course requirements.

“I did step away from law and that was a huge decision to make,” she said.

“Particularly because legal practice becomes such an identifiable part of you.

“You study for such a long time, with the singular and almost obsessive goal of landing a graduate role, after which it’s all about your billables and working your way up the ladder.

“To walk away from something that has consumed you with such intensity for your whole adult life is quite difficult.

“It was a scary thing to do but I am so glad I made the decision.

“You have to be courageous enough to make yourself uncomfortable again to reach the next level in your career.” 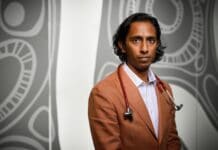