While every MBA graduate has a story to tell, few are as inspiring as Rica Lacey’s.

The mum of five has overcome truncated schooling and lack of self-confidence to forge a successful career in one of the most challenging areas of Australian public policy – Aboriginal and Torres Strait Islander Health.

But when many people would be thinking about taking time to celebrate their accomplishments, Rica has instead embarked on one of the most challenging academic exercises around – an Executive MBA at QUT.

“I wasn’t initially sold on the idea of studying an EMBA,” she said. “It took some persuading from a lot of people to start the program, but it is so rewarding and has opened up a whole new world for me.”

“The classes are full of an incredibly diverse range of people from all sorts of careers and backgrounds; the amount I have learnt just from my classmates has been extraordinary, let alone the lecturers.”

“I now have a greater understanding of communicating to influence, leadership, and in particular change leadership, problem framing for creative action, and human-centred design.”

One of the most important things Rica has learnt as part of her EMBA journey was about herself and her ability to participate and learn at the highest level, despite a slow start to her academic history.

“I had my first baby at 17 – which is a pretty average age for Aboriginal and Torres Strait Islander women to become mums. I had five children and worked labouring jobs and at the meatworks to put food on the table, which didn’t leave a lot of room for education.”

It took a lot of convincing from her partner, manager and colleagues to take up the offer of scholarship to do the EMBA at one of the country’s top-ranked programs.

AFR BOSS Magazine has ranked QUT’s Executive MBA the second highest in Australia and the first in Queensland in its most recent 2019 rankings. The program is offered in weekend classes over a 23-month intensive part-time mode. It has been specifically designed for high achieving executives and managers who have already demonstrated a desire to accelerate their careers.

“I was really nervous and didn’t think I was smart enough to compete with a room full of senior executives, but I shouldn’t have been worried. It has been a lot of work, but it I’m still hanging in there.”

It could have been a very different story for Rica had she not decided to pursue a new career following the birth of her youngest daughter, who is now 11.

“I applied for a job at the Aboriginal Medical Service – and got it. I’ll always be grateful for my first career break – it showed me what else was out there and built my passion for improving the health outcomes of our Aboriginal and Torres Strait Islander communities.

“For someone who didn’t finish high school, I quickly learned the ropes of administration and how the health system works – and I needed to have my qualifications catch up with my career.

“So, when I joined the health service as a health worker, I studied a number of Aboriginal Health Worker certificates, diplomas, and advanced diplomas.”

Rica is now the Director of Indigenous Health at Darling Downs Health, based in Toowoomba, covering an area more than twice the size of Tasmania. In her role, Rica oversees a staff of more than 50 people, to improve health services, respond to COVID and implement initiatives in local communities.

For much of the last decade, Rica has been playing ‘catch-up” with her formal qualifications as her roles and seniority within the health service grew.

“All the way through my professional career, I have been conscious of not just doing the work but making sure I have the qualifications to do it well and perhaps go to the next level,” she said.

What does the future hold for Rica?

“I would love to stay in public health. It is a very rewarding space, but I enjoy taking on new challenges,” she said. “I got a bit of a late start with my career, so I need to make sure I am constantly pushing myself.”

“One day, when I have achieved everything I want to do here, it would be good to do a bit of consulting; working your own hours, for people who value your ideas and advice, that would be pretty nice.” 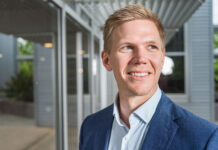 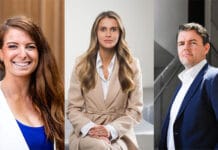 MBA, Digital MBA, or Executive MBA? Here’s How These Students Chose The Right MBA For Them 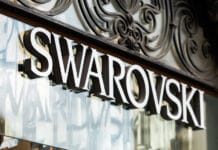 10 Reasons to Pursue an MBA Degree

What is The Most Popular Academic Qualification For Unicorn Founders?

What International Students Need To Know To Return In 2022

What International Students Need To Know To Return In 2022