The total number of students enrolled in MBA programs in Australia surged past 30,000 for the first time in 2018 with a spike in international students driving demand for programs.

New figures compiled by the Commonwealth Department of Education showed the number of students enrolled in MBA programs in Australia rose just over 6% in from 2017 to 2018, after increasing 2.4% the previous year.

The increase in enrolments was made up entirely of international students with offshore enrolments increasing nearly 14% in 2018, while domestic student enrolments fell 2.4%.

The last three years of data has also revealed a shuffling at the top of Australia’s biggest MBA programs, with the Holmes Institute and its one-year, $28,200 MBA overtaking the Australian Institute of Business (AIB) thanks to a surge in international students enrolments.

The data shows Holmes Institute had 3,243 domestic and international students in 2018, compared to AIB’s 3,216 students. The University of New South Wales was third with 1,539 students. 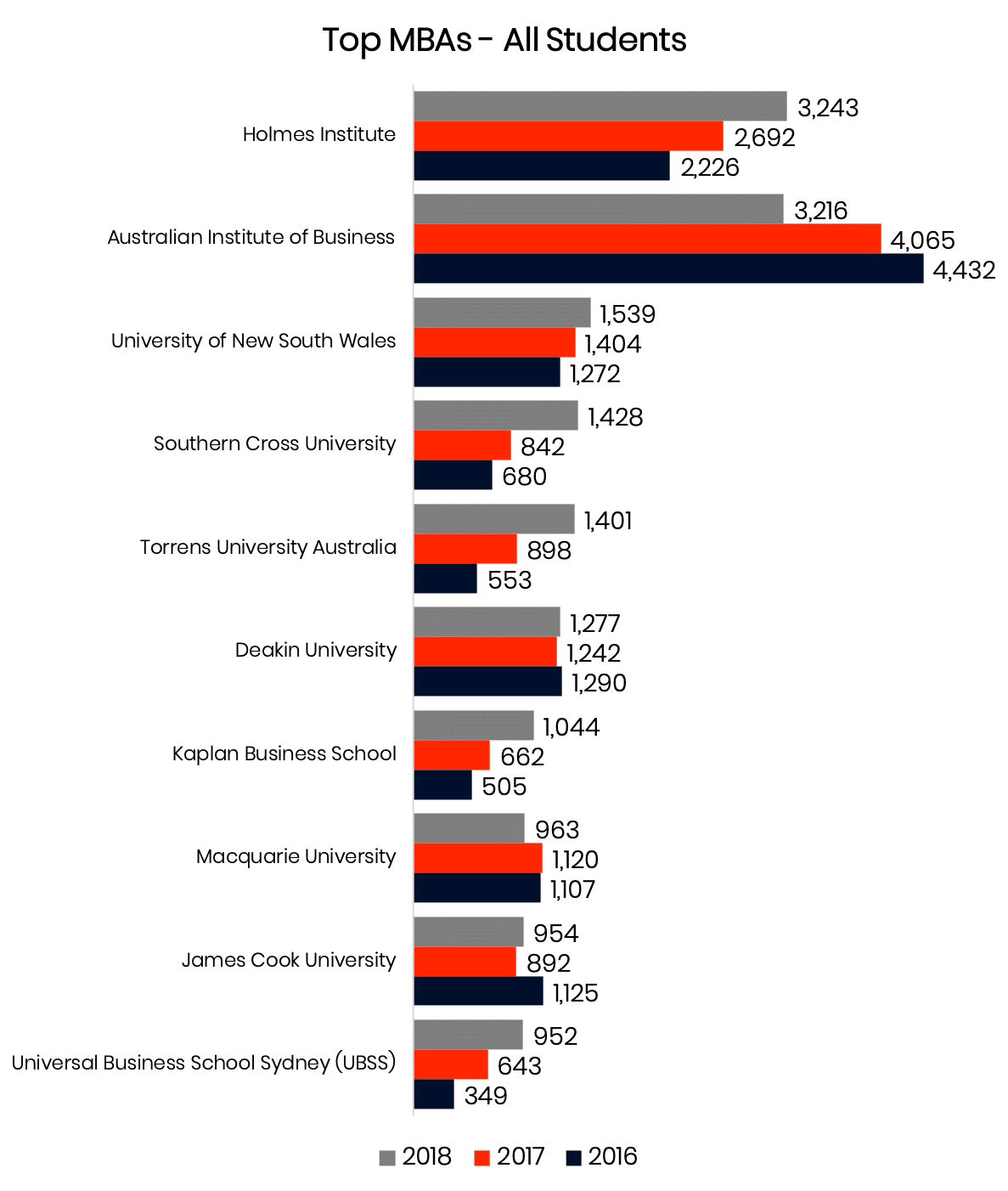 The Australian Institute of Business (AIB), which has previously been Australia’s biggest enroller of international students, fell 34% to 1,096 students, down from 1,666 the year before. Domestic enrolments fell at all but three of the top 10 providers with only the University of New South Wales, Southern Cross University and Griffith University reporting year on year increases from 2017 to 2018.