The weekend is a relatively new invention, brought about by religion – Saturday for the Jewish Sabbath and Sunday as a holy day for Christians. In 1908, a mill in New England in the US was the first recorded workplace to introduce the five-day working week. Other factories soon followed and the Great Depression cemented the practice to help combat underemployment.

Fast forward more than 100 years and concerns about work-life balance and maximising productivity are encouraging a growing number of companies to explore an even shorter working week. Emerging research shows the four-day working week is associated with less stressed, more empowered worker bees who are, crucially, just as productive as when they work five days a week.

Imagine a world where every weekend is a long weekend or every Wednesday is the day you do yoga, go out for brunch, or spend time with your family – and you’re paid your usual full-time salary. Dr Jane Menzies from Deakin Business School says it could be the future of work.

‘Working longer hours doesn’t necessarily equal greater productivity, a there is a small but growing number of companies starting to recognise this and introduce a four-day working week,’ she says.

New Zealand financial services business, Perpetual Guardian, successfully ran a trial in 2018 where it  gave its 240 employees the option to work four days a week while still earning their regular full-time salary.

It’s an idea that’s slowly catching on around the world. In Japan – where long working hours are the norm – Microsoft launched a four day working week trial. Globel behemoth Unilever, American burger joint Shake Shack and the Spanish government, which has agreed to launch a pilot project for companies interested in the idea, are just a handful of the big players experimenting with a four-day working week at five-day a week salaries.

‘The idea that you can do the same amount of work in less time is something a lot of companies have changed their perspectives on,’ says Dr Menzies, who works a four-day week herself.

‘Working longer hours doesn’t necessarily equal greater productivity, a there is a small but growing number of companies starting to recognise this and introduce a four-day working week,’Dr Jane Menzies

Benefiting from a four-day week

It might sound counterintuitive, but both formal research and anecdotal evidence show many workers get just as much done when the working week is shorter. Perpetual Guardian says employees are as productive in four days as they are in five, while Microsoft reported a productivity gain of a whopping 40% during its trial.

‘People are more focused and just get on with it,’ Dr Menzies says. ‘If a colleague wants to go for coffee, for example, they’re less likely to accept the invitation because they know they have to get their work done and they’ve only got four days to do it.’

And because there’s more time outside work to engage in hobbies, catch up on life admin or simply lounge in front of the telly, people who work four days can enjoy a better work-life balance, which has flow-on effects for stress, mental health – and productivity.

‘When you have extra flexibility, you can go to the gym, visit a friend or look after your children,’ Dr Menzies says. ‘This means you feel more empowered and satisfied in your work.’

On a practical level, Dr Menzies says agreeing to a shared off day for all staff is the simplest way to implement a four-day working week.

‘Otherwise, meetings could be on days when people are not working, and then someone either can’t go or goes even though it’s their day off,’ she says.

‘Friday means you get a three-day weekend every week, while Wednesday breaks up the week – it depends what works for employees and the company.’

And, she says, careful management of individual workloads can help to ensure everyone reaps the rewards.

‘Checking in to make sure people aren’t under more pressure, more tired or doing work at other times of the day, like late at night or on weekends, or even on their day off, is really important.’ 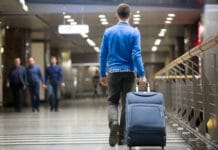 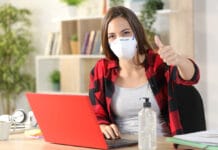 How MBA Programs Are Impacted By Covid-19: Some Numbers 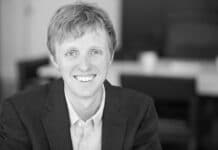 How MBA Programs Are Impacted By Covid-19: Some Numbers

Is The Four-Day Working Week The Future Of Work?

From Hi-Vis To The High Street: How Jessie Sadler Used Her...

Soldier Seizes MBA Opportunity To Transition From Battlefield To Business

Soldier Seizes MBA Opportunity To Transition From Battlefield To Business