After more than a decade rising up the ranks of the oil and gas industry, Jessie Sadler had no idea a shopping trip with her mother would turn into a highly successful fashion business that is on the path to global expansion.

The story of accessible fashion brand Christina Stephens started in 2015, when Jessie and her mother were shopping and her mum had a fall, badly injuring both her elbows.

“She was always interested in fashion and looking her best, but the injury combined with some arthritis in her shoulders meant she found it very difficult to access fashion she could get into that was also stylish,” she said.

“After researching the fashion available in the market for style-conscious women with short or long-term physical challenges, I realised there was a social and business opportunity in front of me,” she said. 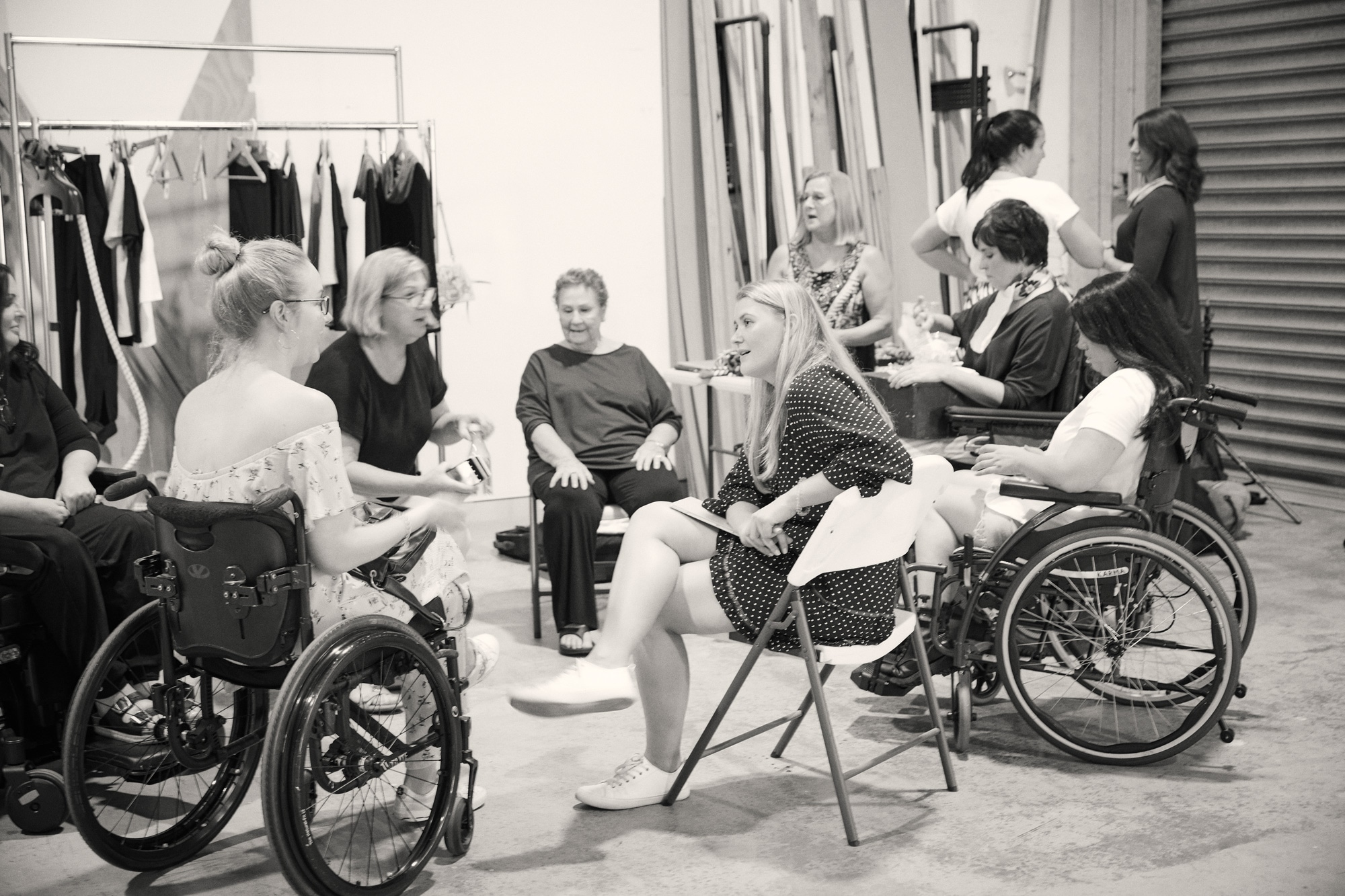 Despite having no experience in the fashion industry, in 2017 Jessie left her job with natural gas infrastructure group APA and, armed with the skills and networks acquired while studying her MBA at The University of Queensland, she started Christina Stephens.

The adaptive and inclusive clothing brand gives women with disabilities and changing bodies access to clothes that bridge the divide between fashion and useability. She’s coming for the gentlemen in early 2022!

Like the concept, the business’s name also came from close to home and is a blend of Jessie’s mother’s name (Christine) and her father’s name (Stephen).

The brand is now developing a menswear line and is sold in some of the biggest marketplaces on the planet including The Iconic.

The Iconic recently launched a dedicated Adaptive Edit to highlight a curated collection of clothing that prioritises functional style and ease of dressing. Featuring Christina Stephens alongside Jam (the label) and Tommy Hilfiger, the launch of Adaptive Edit recognises the value in serving the 1 in 5 Australians living with disabilities and other access needs.

Jessie attributes the success of Christina Stephens to her passion for the company’s vision and her decision to study an MBA at The University of Queensland (UQ), where she graduated in 2016.

“Initially, the idea to do an MBA was to help climb the corporate ladder,” she said. “The piece of paper and the next step was the main goal.”

“It wasn’t until the first year into the MBA that I appreciated the other opportunities that I had and the real value of the program.” Jessie credits the UQ MBA with giving her an “injection of confidence” that allowed her to take the leap from corporate life to start-up founder.

“During the program, you hear about so many of your fellow students trying new things and taking the leap into new ventures. Ultimately, I learned that with the right idea and the right energy you can make it happen for yourself.

“I came out of the MBA with not only the skills but the contacts to make a real go of a new business venture. The coursework was fabulous and taught me to diligently read a P&L and put a marketing plan together. But the best thing was the networks you gain.

“Even now, it is so great to have a group of people you can throw ideas around with and receive their honest, intelligent and reasoned feedback.”

According to Jessie, the flexibility of the program was one of the biggest factors in helping her to choose the UQ MBA.

“Having young children and studying is challenging at the best of times, but with UQ we had plenty of flexibility to increase or decrease the study load, depending on what was going on at home,” she said.

To find out more about the UQ MBA, register now for the UQ MBA Information Webinar on November 3. Applications close 30 November 2021.