Joanne Bergamin’s career reads like a movie script. The Australian-born writer, public relations expert and UQ MBA graduate has been living and working in Rome for the last thirteen years, most of them inside the Vatican. In fact, she was the first Australian to move inside the Holy City and pick up a Vatican passport in the process.

However, Joanne doesn’t just believe in luck or fate. She is a strong advocate in learning by doing and immersing in new experiences to grow, which led her to her current role at John Cabot University in Rome, as the Coordinator of the JCU Institute for Entrepreneurship.

“Going to another culture and learning how they do business and immersing myself in their entrepreneurial community was a vital part of putting my MBA studies to practice,” says Joanne.

“The experiences and opportunities I’ve gained in the process could never have happened if I’d remained in my own backyard. I’ve learnt that you have to be able to reinvent yourself completely in another culture. My UQ MBA professors taught me how to pivot, and I’ve been putting that into practice for the past 13 years in the Eternal City!”

Joanne’s career journey has been flavoured with a constant curiosity, a thirst to learn and experience the world. After completing a Bachelor of Arts and also a Bachelor of Commerce at The University of Queensland (UQ), Joanne continued her learning a few years later when she undertook her Master of Business Administration (MBA) with the Business School. Just last year Joanne joined a cohort of UQ students on a Startup Adventure to Tel Aviv, Israel.

“The trip to Tel Aviv with UQ was an incredible experience,” said Joanne. “Seeing the startup nation firsthand and moving seamlessly among the young entrepreneurial ecosystem, thanks to UQ’s connections was priceless.”

“As an alumna, I was very proud to see how our current students comport themselves and have remained connected to many of them.”

Joanne started her career in Australia, working in public relations for the mining and energy sector. However, her direction soon took a twist when she decided to pack up her life in Brisbane and book a one-way ticket to Rome to learn Italian – a city she had remembered fondly from childhood family holidays.

From fashion and glamour, to wine and religion – since setting foot in Italy, Joanne’s career has been filled with adventure, led by her fascination to learn more and contribute to the community.

Equipped with the confidence her MBA skills gave her, Joanne landed a job with Prada working on the Isle of Capri, before accepting a job working for a wine estate as the Public Relations and Event Manager. To continue her stay in Italy, Joanne decided to pursue a new chapter of learning and became captivated with studying theology in a country with such a rich Catholic culture.

“I found real beauty in the history of Catholicism, the saints and the myriad of links that Italy’s culture has with the Church,” says Joanne. 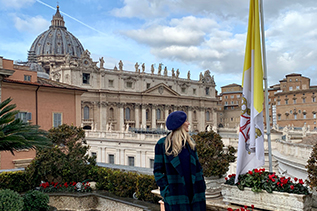 To incorporate her new passion, Joanne combined her career expertise with her study focus to work at the Pope’s newspaper – L’Osservatore Romano, first as a journalist and then as a marketing specialist. She spent three years working for the publication until she landed a position as the Executive Secretary to the Pontifical Swiss Guard Commander, the first female to be appointed to the role. It was during her time at the newspaper, walking over the threshold between Italy and Vatican City, where she met her future Swiss Guard husband.

Now, working with the entrepreneurial community at JCU in Rome, Joanne has extended a warm invitation to UQ MBA students and alumni to participate in their third annual ‘Weekend of Startups’ competition. The event is hosted at JCU campus in the centre of Rome from November 15 – 17.

“The timing is perfect with the lead up to the UQ MBA Tel Aviv tour, to give students and alumni a taste of Rome and the local startup scene,” says Joanne.

“I’m excited that the Australian Ambassador to Italy will officially open the event. We’ll also have the Israeli Embassy delegate to welcome the UQ contingent, giving them some insight into what they can expect on the tour when they continue to Tel Aviv.”

In just one weekend, participants can pitch a startup idea and receive feedback from peers and global experts. Entrants will form a team to turn an idea into a real-world startup, including the process of business model creation, coding, designing, and market validation. The first-placed team also receives a €1,000 cash prize, sponsored by KPMG.

Joanne’s adopted home of Rome and the Vatican are cities steeped in ancient history but also places that have spurred her involvement in eroding social barriers.

“One of the highlights of my time in Rome has been getting involved in social change, especially in regards to refugees,” says Joanne. “Social innovation is always at the heart of the JCU entrepreneurship program and also a theme at our upcoming Weekend of Startups. I hope to be able to welcome a large group of Aussies to Rome and JCU!” 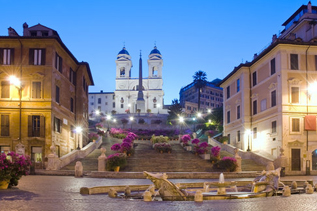 Following on from Rome, the next stop for the UQ MBA Immersion Tour is Tel Aviv in Israel. The unique experience will provide a hands-on insight into the culture of innovation – a thriving ecosystem in Israel, showcasing how business and government are nurturing the entrepreneurial spirit.  MBA students will work with local and multinational case studies, creating tangible strategies they can use in their careers.

In her stimulating career spanning the globe, Joanne continues to summon change through her inquisitive mind.

“I think the Australian spirit has been just as valuable to carry with me as the skills the UQ MBA taught me. I’ve been fortunate enough to change the perception of women inside the Vatican through both my career and my social media presence @swissguardwife, “ says Joanne. 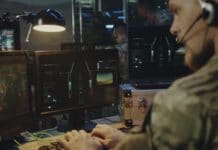 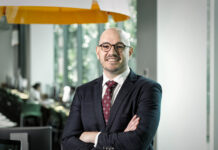 How To Land A Job In The Modern MBA Market

Overcome Imposter Syndrome And Take Your Next Career Step with UQ...

How The UQ MBA Is A Career ‘Game-Changer’ In Global Sustainability...

Overcome Imposter Syndrome And Take Your Next Career Step with UQ...

How The UQ MBA Is A Career ‘Game-Changer’ In Global Sustainability...