The new study of 223 business schools across the world by accreditation body The Association of MBAs (AMBA) showed a strong rebound in interest in MBA programmes following the post-GFC crash.

The study indicates that the top MBAs in Asia Pacific are continuing to thrive with average enrolments increasing in both Asia (15%) and Oceania (17%).

AMBA Research and Insight Manager Will Dawes said the growing interest could be attributed to the emergence from of a period of considerable global economic uncertainty.

“These results indicate that the top Business Schools have been able to come through the challenges this has presented through their ability to respond to the market by adapting and innovating,” he said.

“It also indicates that students have seen the impact of Business Schools, and the broader value an MBA can offer them and their organisations.”

Analysis of a group of 90 business schools, on which AMBA has collected records each year since 2011, supports this trend. While there has been a drop-off in average number of applications between 2011 and 2016 (approximately 14% for both applications and enrolments), the drop off has reduced to just 1% for applications and 2% for enrolments since 2014. 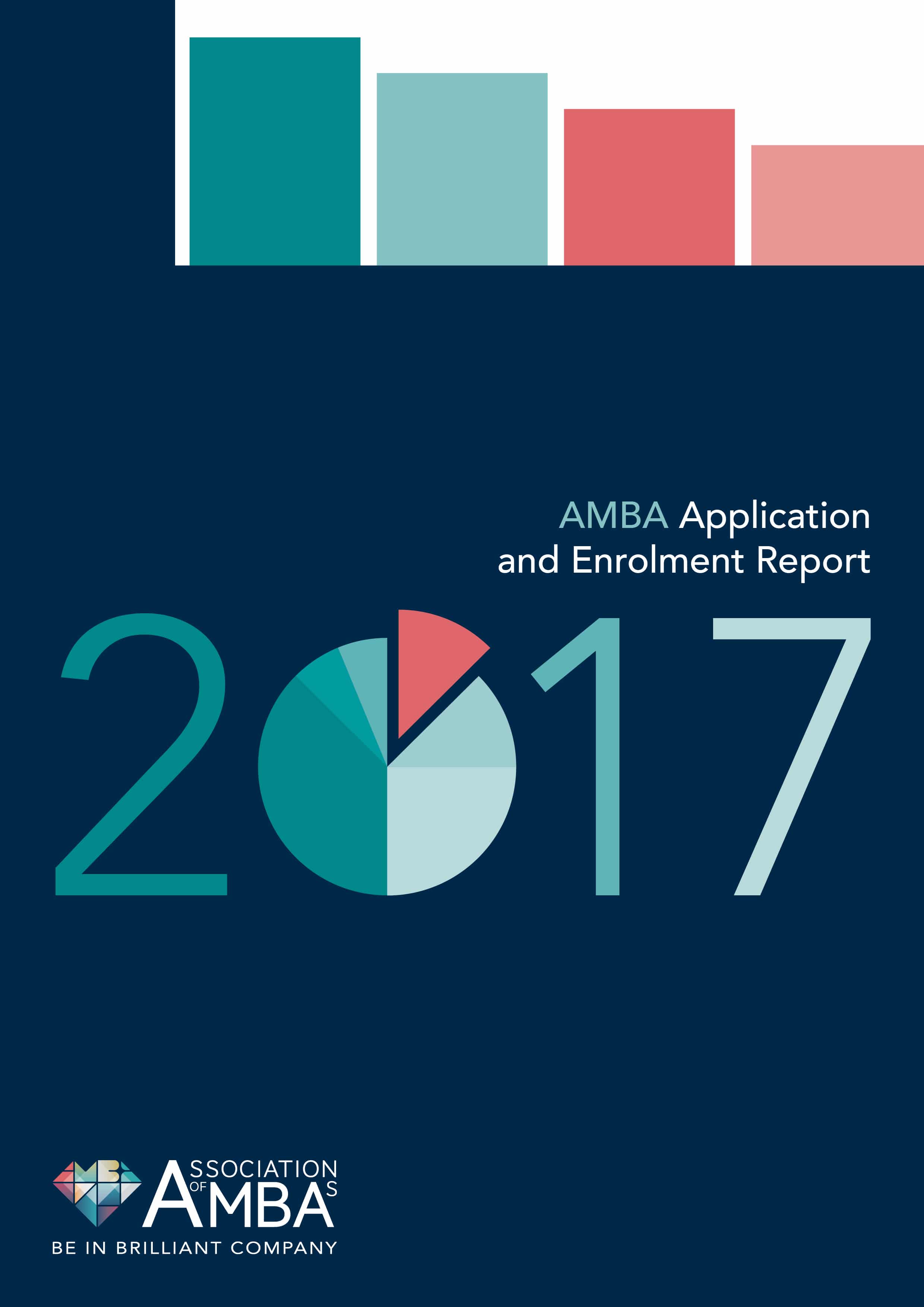 Mr Dawes said business schools were producing a range of successful programmes that illustrated their continued drive to deliver high quality and innovative courses that meet the varied needs of aspiring managers.

“In this way Business Schools are responding to the increasingly global and diverse nature of economies and offering solutions for attracting and developing the world’s brightest talent in business.”

More Women Applying For An MBA

The global proportion of applications and enrolments from women on AMBA-accredited MBA programmes has increased in recent years. The AMBA Application and Enrolment 2017 Report* reveals that the proportion of applications from women has increased by four percentage points since 2013. This suggests that women are more willing to apply for AMBA-accredited programmes.

At a global level, the proportion of men and women who submitted an application generally matched the proportion who enrolled onto the programme for each region, according to the global study by AMBA. This implies that the chances of women submitting a successful application is broadly similar to men.

Nonetheless, the gender balance overall is weighted towards men. This is especially the case in India, where 10% of those who applied were women and 90% were men. The gender balance is also weighted towards men in Latin America, Europe, Africa, the UK and Oceania. In Asia and the Middle East, 33% and 40% of those who applied and enrolled were women respectively.