The latest MBA Application and Enrolment Report from the Association of MBAs (AMBA) measures admissions trends among AMBA-accredited Business Schools.

This year’s research analyses data from 230 AMBA-accredited Business Schools and 751 programs in 52 countries that were delivered to students in the calendar year of 2017.

The volume of applications and enrolments reported by AMBA-accredited Business Schools (118,378 and 43,280, respectively) demonstrates the vast number of individuals seeking to enrich their career through a top-quality MBA programme.

Will Dawes, Research and Insight Manager at AMBA and the Business Graduates Association (BGA), said: ‘These findings further demonstrate the resilience of the top Business Schools to attract students from across the world onto their MBA programmes. Pleasingly, we are also seeing further progress in terms of gender diversity, illustrating that the MBA can make strides on promoting inclusivity, while maintaining overall demand for programmes.

The reason for this pattern is that the average number of programmes available at each School across the AMBA network increased by 14% (from 2.9 programmes in 2016 to 3.3 per School in 2017). Therefore, AMBA-accredited Business Schools are delivering more programmes to more students, but programme cohorts tend to be slightly smaller.

The greater breadth of programs offered by Business Schools is only economically viable if they can foster sufficient demand for places. It is therefore worth noting that applications at a School level have increased since 2016 in the regions of Asia and the Middle East, China and Hong Kong, Oceania, and the UK (typically by between 5% to 11%).

Schools in other markets have experienced small contractions in applications, including Africa, Europe (excluding the UK), and Latin America; regions in which applications typically fell by between 6% and 18%.

These regional differences indicate that levels of demand for MBAs are not consistent across the world, due to factors such as geopolitics, immigration legislation, and fluctuations in the local economy.

More adaptable program methods are becoming more popular. While the classroom remains the most popular delivery method (82% of programmes are delivered in this setting), there has been growth in the proportion of blended online and classroom-based programmes (16% vs. 10% in 2016).

Modular programs are conducted via a number of intense teaching periods, and provide greater opportunity to study for an MBA alongside existing work and family commitments.

During the past five years there has been a notable increase in the proportion of women enrolling onto AMBA-accredited programs globally (36% in 2017 compared with 32% in 2013).

Among programmes in China and Hong Kong, almost half (48%) of MBA enrolees were women in 2017. In contrast, female students comprised just 16% of cohorts in India, highlighting the significance of regional variations and the potential influence of the traditional roles held by women in business and society.

AMBA Chief Executive Andrew Main Wilson said: “It is encouraging for our sector that in our ever-more competitive and unpredictable world, that AMBA-accredited School application and enrolment numbers are consolidating.

“These findings chime with the experiences that Deans from AMBA-accredited Schools describe to us regularly. First, we know that there has been a trend towards introducing more specialist programmes to market, including those focusing on different sectors such as oil and gas, and banking and finance, along with traditional MBAs.

“There is also an international dimension at play, with many Schools looking to expand their geographical profile and reach by delivering programmes at overseas campuses. 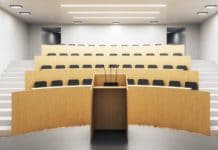 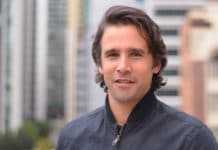 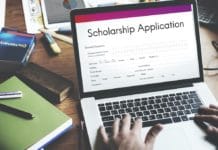 From The Barracks to the Boardroom – How Sam’s MBA Helped...