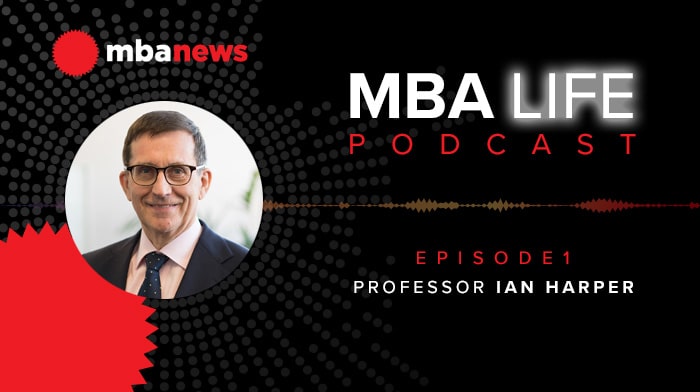 The MBA’s ability to adapt and evolve with the changing business environment will ensure it continues to be the world’s pre-eminent postgraduate business qualification, according to the newly-appointed Dean of Melbourne Business School, Professor Ian Harper.

“The MBA degree changes with the seasons,” he said. “That’s one of its great strengths.”

“The degree itself, I think, is as relevant as it’s ever been. If there’s pressure for change, the pressure is for continuing work on accessibility, the format of delivery.”

We also asked about the growing popularity of the MBA degree and when was the best time to do an MBA.

Professor Harper has been involved in many landmark government initiatives over the past two decades, including the Competition Policy Review of national competition regulation, the Fair Pay Commission and the Wallis Inquiry into financial market reform.

Professor Harper, who commenced with MBS in March, said he was honoured and excited to be returning to MBS as the School’s sixth Dean.

“It is one of Australia’s best business schools and aspires to be ranked among the best in the world. As the challenges facing organisations become more complex and global, it’s crucial that the School continue to identify and nurture the talent organisations need to achieve their goals,” he said.