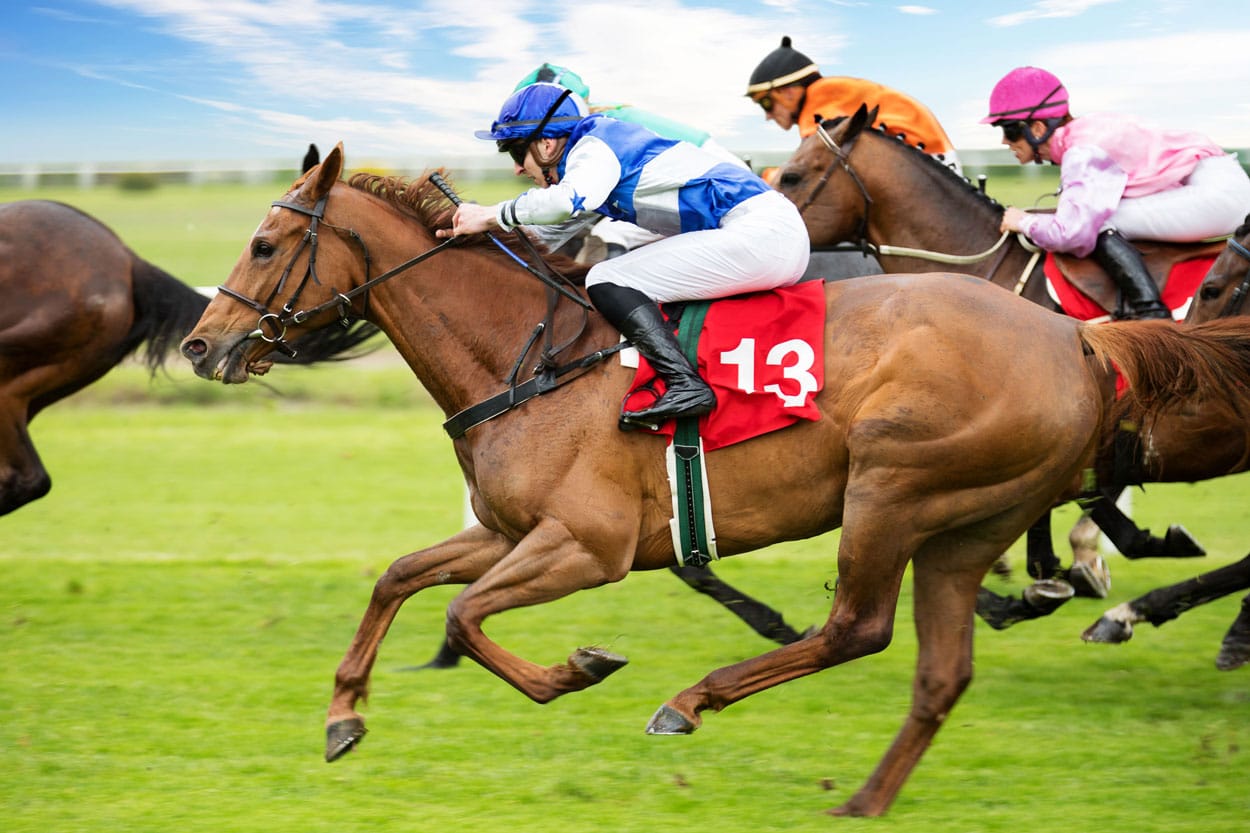 Blockchain is being used by two Melbourne Business School MBA students to set up a system for accumulating retirement funds for racehorses.

The innovative idea came to life as part of a class project on the Part-time MBA elective Fintech: Blockchain in the New Economy.

Usha, a Deloitte technology manager, and Sharangan, a Trelleborg oil and gas sales engineer, say their goal is to make sure that a horse’s retirement doesn’t end early at the knackery.

“Equinity is essentially a platform that’s built on blockchain technology and it utilises something called smart contracts to help track the various stages of the horse – from the horse being a foal right through to the end of its life,” Usha says.

“The whole purpose of this solution is to make sure that we are able to protect the welfare of horses and make sure that there’s a fund set up to support them when they retire from the horse racing industry.”

Usha and Sharangan came up with their idea during last year’s Melbourne Cup, when the media brought to attention the problems racehorses suffered during their lifetimes.

“We started really thinking about what we could do in this space and how to use blockchain technology to address those issues that the horse racing industry was facing.”

Equinity removes the manual paper processes currently in use within the racing industry to track the lifecycle of horses, giving owners a more effective way of monitoring their wellbeing.

“What we were trying to instil in the actual application and the blockchain was an accountability, traceability system where we can track these horses all the way,” Sharangan says.

“We want to be able to bring that traceability and ownership and duty of care back to owners, breeders and the community itself.”

Usha and Sharangan say the existing standards and strategies used to govern equine welfare are outdated.

“They have a lot of paper forms that need to be completed and there’s no real way of understanding if the information is accurate and also ensuring that what they’re saying is right or wrong,” Usha says.

“What blockchain-enabled smart contracts allow you to do is essentially to capture this information at the appropriate times and also for those records, to be transparent to everyone that’s using that network.

“Essentially, it prevents any of that information being amended or being changed.”

The most unique part of the Equinity platform is the creation of a superannuation fund set up for each horse to ensure they are taken care of appropriately after they retire from racing.

“What we want to do as part of the solution is essentially use a utility token called Foals, and this is what will be used as the currency to start building up a trust fund for the horses when they retire,” Usha says.

The Equinity superfund aims to address the cruelty horses suffer during retirement.

“One of the key gaps that this solution is trying to address is around the fact that there’s a massive problem around wastage,” Usha says.

“They are generally slaughtered for human consumption or sold as pet meat.

“Essentially, what we’re really trying to do is bring a solution that will allow us to build up and establish a fund which can then be used for those horses when they retire.”

Usha and Sharangan credit the Part-time MBA class as key to understanding how to tackle such a ubiquitous issue in one of Australia’s richest industries.

“One of the biggest key takeaways for me was how the class reiterated blockchain is not just about Bitcoin,” Sharangan says.

“It’s just much more than that and there’s more practical uses for it.”

“The students thought of what’s happening in our economy and utilised this sophisticated, complicated technology to trace the lifecycle of the horse,” she says.

“I’m very proud of them because it’s not only about money. It’s about wellbeing, not just to humans, but also the wellbeing of the animals.

“The application they came up with is not only applicable for horses, it can be used for other ecosystems and races like greyhounds, camels and it can be at international level, not only for Australia.”