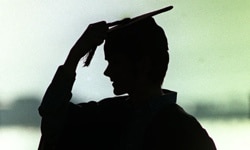 Canberra’s Australian National University (ANU) has continued its dominance of the QS World University Rankings but is facing a serious threat from melbourne University, home of the Melbourne Business School.

ANU retained its position as the nation’s top institution in the latest QS World University Rankings, despite dropping three places to 27th.

Melbourne (31st) has closed the gap from 12 places in 2012 to just 4 this year, while four of Australia’s top five universities maintain or improve their position.

MIT beats Harvard and Cambridge to retain the top spot in the tenth annual edition of the rankings. The US held 11 of the top 20 positions, but its dominance has eroded since the financial crisis. Of the 83 US universities in the top 400, 64 rank lower than in 2007.

In Australia, the Group of Eight have largely held their position, with the biggest faller, Monash University, losing just eight places. Melbourne, Sydney and University of Queensland all improve their positions.

Six of the Group of Eight institutions improve their performance for research citations, coinciding with a strong performance in the academic reputation indicator. The top five Australian institutions all rank in the global top 50 in this year’s academic survey, based on a record 62,094 responses worldwide.

But outside of the Group of Eight the picture is less rosy. There is a gap of over 150 places separating University of Adelaide, in 104th=, and the top-ranked non-Group of Eight institution, Macquarie University, in 263rd.

The top 15 non-Group of Eight institutions, from Macquarie to Flinders University in the 431-440 bracket, have lost an average of 19 places. This compares to an average movement in the top 100 of just 3.5 places.

While the Group of Eight are sustained by a boost in scores for research citations, factors affecting institutions outside of the group include rising student faculty ratios and a relative decline in international students.