For nearly 100 years Tristram’s soft drinks were one of Queensland’s most popular fizzy beverages and could be found in every fridge and ice box of every corner store across the State.

Originally founded in 1875, the Tristram’s name was synonymous with Queensland business and the company’s iconic West End factory remains a landmark today.

The Tristram’s brand was eventually sold to Cadbury Schweppes in the 1970s as part of a consolidation of the industry and the family switched its focus to manufacturing ingredients.

Today, nearly 50 years later, the business is once again a leader in its field, recently being named Premier of Queensland’s Exporter of the Year 2019 at the annual Queensland Export Awards.

These days the Tristram-family business operates under the name Trisco Foods with fifth-generation CEO and QUT MBA (Class of 2012) graduate Mike Tristram at the helm.

Under Tristram’s guidance Trisco Foods has had an incredible transformation from a sweet syrup business, into a burgeoning health and wellness corporation.

As well as producing world class food ingredients, such as syrups and sundaes, that are used here and abroad by leading food companies Trisco also produces a range of instant liquid thickeners that make soft food and liquids easier to swallow without impacting the nutritional benefits or taste.

After just three years in the market the product has achieved strong market penetration and displaced traditional powder-based thickeners in many aged care facilities and hospitals around the country. This year, Trisco opened a factory in Colorado Springs to service demand in the United States and expectes to be employing about 75 people over coming months.

Mr Tristram said the company had worked tirelessly in recent years to expand its international footprint through new product development and innovation.

“It is a cliché, but this is a genuine team effort with many people contributing to our success,” he said. “Our goal is quite simple. We want to create unique and innovative food solutions and take them into new markets, both in Australia, the US and across the globe.”

Mike believes the skills he acquired as part of his MBA were invaluable in helping to manage the change and growth of the Trisco business over the last decade.

“We faced a lot of challenges with competition from low cost competitors in Asia and realised we needed to do things a little differently if we were to be around for another 140 years,” he said.

“We realised pretty quickly we needed to invest heavily in R&D and develop products that were genuinely innovative and couldn’t be easily replicated.”

“The core skills of an MBA – viewing the world through a big picture, strategic lens and then organising the resources to achieve the strategic goal – were absolutely critical to the process of defining how Trisco Foods would not just survive, but thrive.”

“There has been a lot of help and guidance along the way but the application of those lessons I learnt in the classroom have been absolutely critical to our current success.”

This success was recognised by the Premier of Queensland at the Export Awards in early October where the company scooped the top gong.

Queensland Premier Annastacia Palaszczuk said the award was a deserved win for a family that was always innovating and always striving to provide high quality products and service to clients here and overseas.

“The first factory was a small building of two rooms attached to the rear of the family home in Hope Street, South Brisbane,” she said. “From these humble beginnings the business has grown into a huge success story and we’re extremely proud of this Queensland business from Brisbane taking on the world. 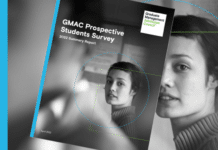