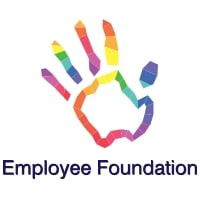 Established in 2008, the Foundation is intended to provide financial support to employees and their families in times of need and help individuals pursue goals such as skills development.

The result was a jump in Foundation membership from 1,169 to over 4,000 in just six weeks.

“Hungry Jack’s employees are predominately Gen Y, a generation used to team work, social experiences and being praised, so throughout the campaign we were keen to ensure that we thanked contributors, involved them in the Foundation using stories and positioned the Foundation as modern and relevant,” Ms Bellamy said.

The Murdoch team began by engaging employees through a survey using Hungry Jack’s online portal. They also took advantage of social networks and identified employees who would actively promote the Foundation.

“At the same time, we tackled branding, starting with the creation of a strong, new ‘helping hand’ logo to go with the tag line, ‘sometimes we all need a hand’,” Ms Bellamy said.

“This was incorporated into a campaign with flyers and posters in stores across the country, the establishment of a highly visible link on the main Hungry Jack’s intranet site and the use of stories about how the Foundation had helped team members,” Ms Bellamy said.

“The results were really amazing – beyond what we could have imagined. It was fantastic to have the opportunity to do something that made a real difference as part of our studies, and the support we received from Hungry Jack’s was incredible.

“We provided a handover to the HR team and walked away feeling quite proud of our achievements.”