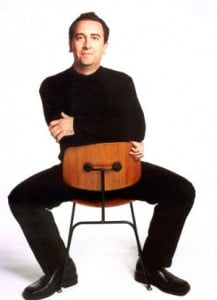 Gordon, from Brisbane, is one of seven Australians to be included in the line-up announced by the World Economic Forum. A total of 199 young leaders from 70 countries were honoured for their professional accomplishments and commitment to society.

In 2002 Gordon set up Rhythmscape, a niche publishing business that has become the largest of its kind in the Asia-Pacific region. Rhythmscape has influenced a revolution in percussion performance in Australia.

The importance of continuing to build and develop Rhythmscape according to the principles of best business practice prompted Gordon’s return to Griffith University in 2011 to study an MBA.

“When you set up a small business without any business training, you have to trust your instinct and follow your gut to a certain extent,” Gordon (38) says.

“And many successful businesses have been run on gut feel. But I wanted my business decisions to also be informed by research and expert academic knowledge.

“Knowing when to say no, for example, is an important part of business. It’s often a risk to say no to a proposal so it’s important to have the confidence to say no. The MBA has done that for me.”

He was the first Australian to get a Licentiate degree in percussion performance from Trinity College, London. He was also a Young Australian of the Year nominee, an ARIA award-winner and the youngest associate composer elected to the Australian Music Centre.

The MBA, and specifically its sustainable enterprise stream, also helped Gordon to view the operation of his business in a new light.

“Sustainability is fundamental to the future of business. We’re entering a resource-limited world where the abundance of resources we’ve enjoyed for so long will not be there.

“Society has to prepare for that and to survive businesses must understand it is no longer about mass production and flogging the product wherever and whenever we can.”

This attitude towards global responsibility was a factor in the Brisbane Institute’s move to nominate Gordon to the Young Global Leaders Forum. In its submissions it highlighted Gordon’s significant contribution to Australia’s cultural sector, particularly in encouraging and mentoring emerging artists, describing him as “a powerhouse of creative thinking and ideas that will benefit our global community”.

The forum of Young Global Leaders is a dynamic community of the world’s most outstanding, next-generation leaders representing business, government, civil society, arts and culture, academia, media and social entrepreneurs. 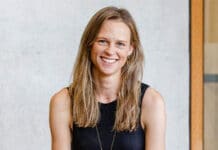 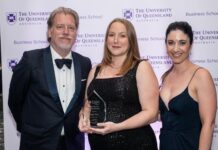