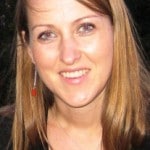 While Aleksandra Skibinska is confident that her greatest achievements lie ahead, she admits that collecting an MBA in Australia represents her greatest academic accomplishment so far. In fact, it changed her career path.

She went from being a sales and marketing consultant in a small firm in her native Poland to Human Resources Business Partner in Thomson Reuters, a multinational news and information provider with more than 55,000 employees worldwide. She credits the MBA programme at the University of Wollongong’s Sydney Business School with giving her the confidence to try something different.

“I became a more open-minded, flexible and confident person, and was better able to determine the direction I wanted my future career to take,” she says.

Skibinska was initially inspired to study in Australia by a friend who had spent time in Perth. She chose the University of Wollongong because of the business school’s strong links with the local corporate community, established relationships with partners in countries such as China, France, Spain and Vietnam and the innovative and flexible options it offered students. She was struck by comments she read from previous students that highlighted the knowledge and competencies they had learned in their MBA that were crucial to survive in a very competitive, global business environment.

“I needed to learn more than theory and that was one of the main reasons I chose UOW,” she says.

The support she received as an international student during her application process convinced her early on she had made the right decision.

“What I enjoyed most was gaining a global understanding of business,” she says. “Each subject, assignment, class discussion, was framed in the international context. My tutors and classmates from different parts of the world taught me how to see things from a wider perspective and how to approach problems from different angles. They shared not only their knowledge, but also their experiences.”

This exposure to diversity has proved invaluable in her current role as she deals daily with a range of nationalities – recruiting, training, interviewing, developing policies as well as managing talent and expectations. Some 20% of the employees for whom she is responsible are internationals.

“The time I spent at Sydney Business School constituted the best years of my life,” she says. “I managed to meet many interesting people who inspired me and had a very positive influence on my life and profession.” Her tutors, she remembers, had a passion for teaching and motivating students. “They knew how to pass on knowledge and help us understand.”

She has remained good friends with classmates from Argentina, Canada, the US, Vietnam, Chile as well as some tutors and says they’ve always been there whenever she’s needed advice or help.

“Studying in Australia changes your perception of the world and of life in a very positive way,” she explains. “It gives satisfaction, pleasure, and helps in developing your career at a faster pace, because Australia education is valued by employers all over the world.”

The worth of an Australian degree was confirmed when she returned home and immediately found a job. In contrast, she says, many Polish friends that had graduated with her in Poland were still unemployed or working in fields unrelated to their area of expertise. “I was invited to many interviews and found that many employers would spend a lot of time on my Australian qualification,” she says. They quizzed her on why she had chosen Australia, what she had learned and what it was really like.

“I enjoyed the atmosphere of Australia,” she says, “it’s a place that makes a difference. During my two years of study at the Sydney Business School and living in Sydney, I always felt respected, included and valued for my international perspective. It is a great feeling to be a part of this great country.