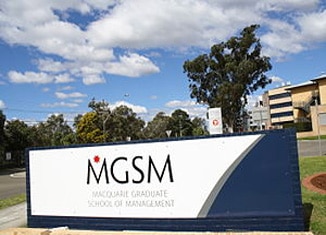 Plans by Macquarie University to merge the Macquarie Graduate School of Management into its business and economics faculty have been heavily criticised by a former dean — Dr John Hewson.

Dr Hewson, who was the School’s dean from 2002 to 2004 said in The Australian, “To bury it in the business and economics faculty at Macquarie will be the death knell of the school.”

He said that a successful business school should have strong links with business and, for credibility, it should operate as a business, not as part of a university faculty.

Dr Hewson said MGSM should go in the opposite direction and increase its independence from the university — with its own board, an independent chair and a majority of non-university directors.

Macquarie University’s executive dean for business and economics, Stephen Brammer, responded to Dr Hewson in The Australian, pointing to the fact that only a small number of the world’s top 100 MBA and business schools were independent.

“The majority draw significant strength and benefit from the universities they sit within,” Professor Brammer said.

“By combining the strengths of our staff and programs, and by fostering greater collaboration, our future will be cutting-edge, well resourced, aligned with market needs, and exceed both local and international student expectations.

“MGSM has never had the ability to award its own degrees — all awards have always been from Macquarie University and this will not change. “

A group of MGSM alumni has campaigned previously against the merger, arguing that the value of their MBAs lies in the brand of MGSM, which they say is more highly regarded than the brand of Macquarie University.

Macquarie Graduate School of Management’s MBA program was ranked 49th in 2017 by the Financial Times in its Global MBA Rankings 2017 – the highest ranking by an Australian MBA program.

Two other Australian schools are listed in the Top 100 – University of New South Wales’ Australian Graduate School of Management (AGSM), ranked at 54, and Melbourne Business School, ranked at 76.