What subjects should I do? This is probably the most common question I receive from people already doing an MBA. My opinion? It doesn’t matter.

I was in a part-time program. I completed my MBA between 2012 – 2016, unashamedly my views are through this perspective. One aspect I really liked about the part-time mode was being able to try new approaches immediately in the real world. The reverse was also true with everyone bringing their career and life experiences to the classroom. Something I believe all modes do, just in different ways. Like most, I started with the core subjects, the foundation of any program: finance, organisational behaviour, marketing, economics, operations and strategy. So to begin with, my path was fairly structured.

Over my journey and as I moved into electives I learnt it was less about a specific subject and more about embracing content that was of interest and new to me; challenging my current thinking; and developing lifelong learning skills. As cliché as all of that might sound, the reason is that content will shift. Don’t get me wrong, quality content is critical and the principles that I learnt will remain as a strong foundation. You need both the concrete slab and the brick walls to build a house, however

What was once contemporary will quickly become dated

It could be outdated in a few years, perhaps less if we are talking about areas like marketing platforms. Snapchat was first pitched as an idea by its founders in April 2011 in a class at Stanford University. It recently listed on the stock market with a market capitalisation of around $33 billion.

Beyond the core subjects I did some very interesting electives. Two of which were Social Enterprise and a Shanghai consulting trip.

Our social enterprise was already doing great work in regional Victoria employing people with disabilities. For this project, they wanted to launch a recycling plant. The plant would allow further employment for those in the region with a disability that prevented them from working in unsupported environments.

Over the course of a few months we developed a business model and validated aspects of it with data collection and research. This included bench-marking, and a visit to the social enterprise’s operations in Horsham (regional Victoria). It was interesting exploring the supported work and recycling industries – both of which were new to me.

A challenge for me was balancing the demands of the project with my day to day job (still motor sport at this stage). We would have check in teleconferences with our social enterprise and industry mentors, which I would dial into from meeting rooms at work during my lunch break. Any research that I could do over the internet I would do at night, and any research that required phone calls would occur during my lunch breaks so I could catch people throughout their work hours. Workmates would often see me running into meeting rooms during my break with my lunch under one arm and a pile of paper and laptop in the other.

Ultimately, the decision to not proceed with the idea was reached due to our research. The business model did not stack up in the current environment, specifically in the face of industry consolidation and globalisation. There were some big players in the game who were able to achieve massive scale economies and taking them on with the proposed model would be irresponsible and not achieve the desired social impact.

A no-go decision was just as valuable as a proceed decision. Firstly, due to the savings in not going ahead with a low probability of success project and secondly, the learnings in how to develop a business model could be implemented at the organisation for future projects.

My eyes were opened to the world of social enterprise and the possibilities that this contemporary approach to addressing social issues provides.

During the subject we met Daniel Flynn, co-founder of Thankyou. His story and many others that I have heard since, such as Aimee Marks founder of TOM Organic have been truly inspiring.

Through the subject, I also became mates with an everyday hero, Jamin. We began talking because of our interest in sport. Jamin’s social enterprise focused on building young leaders in our community through sporting clubs. In particular, regional Australian football and netball clubs. Jamin and I have remained mates to this day and I am constantly amazed and inspired by the impact he is having on the youth of Australia. The likes of Daniel, Aimee and Jamin are my role models and I believe are the types of people as a society we should be looking up to.

I am now convinced that the social enterprise model is something that needs to be seriously considered in our sport, recreation and health sectors. This is due to the ability to reduce the dependence (and hence vulnerability) on government funding which in turn means the social impacts that they exist for are better served. Social enterprise is a sector that I see more and more young professionals gravitating toward (whether through conscious decision or not) as the social and environmental conscious of our generation increases.

Shanghai consulting trip – how not to book plane tickets

This was one of the most fun and valuable experiences of my whole program. For this subject, we partnered with an Australian company who was looking to enter the Chinese market. The subject centred around a nine-day research trip to Shanghai. During the lead up, we covered topics such as doing business in China and market entry strategies.

Our group partnered with an Australian four-wheel drive parts manufacturer and distributor, who had built a strong reputation in the industry for very reliable high performance aftermarket parts. In particular, they had great success in the resources sector in Australia. The company was also making strong inroads in the United States and Europe, and had previously attempted to enter the Chinese market with limited success. Given my work background I was highly interested in this company!

We researched potential entry options for the company based on their products and the Chinese market. Leading up to the trip we focused on getting to know the company whilst building leads in China. As with any business, and in particular in China, relationships are critical. Our contacts were very helpful, and often steered us to new contacts. Our network even led us to a trip to Beijing.

Beijing was an adventure in itself

The night before we all arrived into Shanghai, weary after much travel but also excited. After arriving we proceeded to plan out our next few days. Our group was one of about six groups in the class. We decided we would divide and conquer. Rishi, Linzie, Adam and I would go to Beijing whilst Doreen, Abi and Manish would stay for meetings in Shanghai.

Simple plan… book flights to Beijing, book a hotel, travel to Beijing, have the meeting, take some obligatory selfie photos and return with much achieved. Lesson one, it was not so simple to get a flight.

It appeared that all flights were booked.

Surely in a country of one-billion people there would be numerous flights between its two biggest cities, two hours apart by plane?! No problem, let’s enlist the help of the friendly hotel staff. The hotel staff understood our predicament and flew into action checking websites… hmm, same issue. Never fear however as the concierge had his own personal phone line to the airlines, as any good concierge should!

After much back and forth (approximately two hours’ worth, this saga had now gone for about four hours) the concierge managed to book us some seats the next morning.

Now we just had to pay on someone’s credit card.

Lesson two, the only acceptable credit cards were the ones that had UnionPay capability. Naturally, as the theme of the night had gone, none of us had such a card. It was about 1am so everyone’s attention span was dropping rapidly after a long day of travel. The half of the group who were staying in Shanghai had long gone to bed claiming that not all team work requires all members present. At this point we witnessed some amazing negotiation abilities as Linzie and Adam convinced the concierge to pay for the tickets on his personal card and we would pay him in cash immediately. Very reluctantly the concierge did this, how about that for customer service, and we happily went off to bed a mere five hours after first attempting to book four domestic plane tickets.

This subject was an eye opener in many ways. I’ll take away the incredible friendships that were formed with my team; the learnings of how to (or not) do business in China; and perspective about the impact of globalisation on this amazing country.

You hear a lot about the progress of China but it isn’t until you see the huge sky scrapers, highways that go on forever, shopping malls that look like mini cities and the nonstop hustle and bustle, all contrasted by the simplicity of street food and traditional lanterns that it begins to sink in.

As awe inspiring as all of this is to experience, equally sobering is seeing the growing divide between the “haves” and “have not’s”. This is very obvious with shanty towns and homelessness increasing, against a backdrop of thick smog in the air.

An endless stream of companies and industries are justifiably trying to enter this burgeoning market seeking their part of a ‘pot of gold’ – we should remember that this is not without its own unique challenges and consequences on the country and its people though.

What eye opening learning experiences have you had?

In my next instalment, I will explore what it was like going on student exchange… as a Masters student. 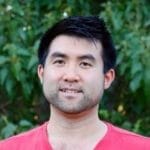 Aaron YEAK is a highly motivated professional with a passion for business, social entrepreneurship and travel. He completed his MBA at the University of Melbourne’s Melbourne Business School in 2016 and is currently writing a book about his experience. He has extensive professional experience across sports administration, event management, and management consulting, covering fitness, motor sport, retail, energy and utilities, logistics, construction and health care. Aaron believes in the global influence of this generation to create positive change and impact via social enterprise, business and the values of sport.