Mr Radojevic who set up the centre with his wife Dijana in the winter of 2017, has grown the business significantly with over 10 staff. The couple has a commitment to building a ‘sustainable and well balanced’ business, which donates 10% of its profits to charity.

“I always had a strong commercial sense and knew I would transition to a management role,” Mr Radojevic said.

Forge West End offers a combination of Pilates, Physiotherapy and Exercise Physiology. It helps clients to improve their fitness, recover from injury and is popular with many professional athletes. Mr Radojevic said he was excited to put his new MBA knowledge and skills to the test in a strategic role for Forge West, while his wife, who is UQ physio alumna, handles the day to day operations. 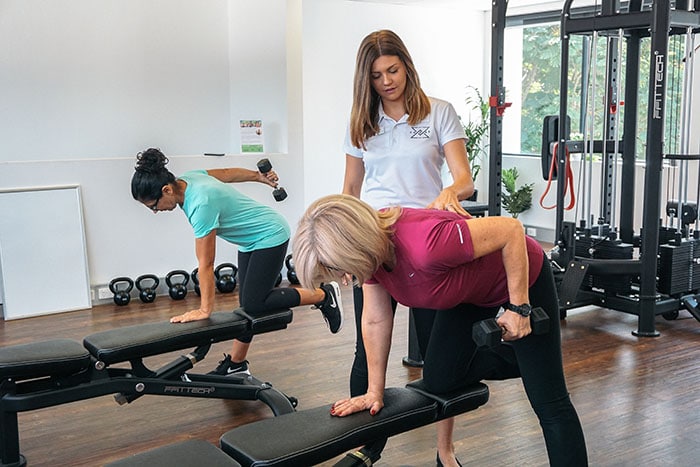 “The MBA gives me the skills and the confidence to do so. I have been able to apply the knowledge in my job and it has given me the opportunity to test my ideas with other like-minded entrepreneurs when we were considering starting our own business.”

Mr Radojevic also works as legal and commercial manager of Idemitsu Australia Resources, he is helping drive the mining company’s merger and acquisition activity, as well as its sustainability plans by helping it to diversify into renewables.

While simultaneously running a business and studying a University of Queensland MBA may seem a daunting task, he said he is a strong believer in the need to seize opportunities as they arise. Resourcefulness is second nature to him due to his experience of navigating a war-torn former Yugoslavia as a refugee.

Born in Sarajevo, Mr Radojevic fled the city with his mother and sister in 1992 after the Bosnian war broke out and spent three years moving from one refugee camp to another as the conflict escalated.

His father, having been imprisoned and put into a labour camp in Sarajevo, eventually escaped and tracked down his wife and children. Then in 1996, when he was almost 10, the family were granted a permit to live in Australia. However, while his parents had both been lawyers in Bosnia their qualifications were not recognised in their new homeland, so money was tight throughout his youth.

While working for Idemitsu, Mr Radojevic has pursued an innovative use of a closing mine, which he and the executive team plan to transition to a renewable energy park which is likely to utilise a combination of renewable technologies for the benefit of the community and stable electricity supply and storage. These include a pumped hydro opportunity utilising the mine’s former pit as a lower water reservoir for the facility.

“It’s not so much about turning away from coal – we pride ourselves on the efficiency of our coal and its integration with high-efficiency low-emission (HELE) technology,” he said.

“For us it’s truly about diversifying and ensuring the longevity and sustainability of our Australian business – something other mining companies tend not to do.

“Sustainability has long been a passion of mine and these roles have allowed me to pursue that. It’s not only about the technology, but also about creating a business model that can meaningfully give back to the community.

“My goal now is to be leading in a company that is prepared to face the complex challenges of sustainability in both communities and energy head-on.”