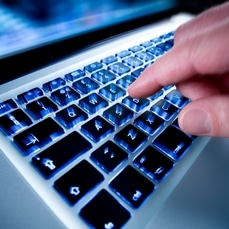 The GMAT exam is used in admissions by graduate business and management programs worldwide.

“When we introduced the new section in June 2012, we were not able to immediately report Integrated Reasoning scores,” said Ashok Sarathy, vice president, GMAT Program Operations. “Now, more than 250,000 exams later, we have enough data on the Integrated Reasoning section so that we can provide unofficial IR scores at the test center, along with unofficial Quantitative, Verbal, and Total scores.”

Test takers who opt to report their scores are able to print out their unofficial score reports at the test center. Official GMAT Score Reports are delivered within 20 days, but most test takers and schools are seeing much faster turnaround. In most cases, Official GMAT Score Reports are delivered within five or six days. The Analytical Writing Assessment essays must be scored after the fact, so AWA scores are not included on unofficial score report but are included on the Official Score Report sent to students and to schools.

The GMAT exam, the premier test for admission to graduate business and management programs worldwide, is used by nearly 6,000 graduate business and management programs worldwide. It is delivered exclusively on computer year-round at more than 590 test centers in 112 countries. The standardized exam measures quantitative, verbal, analytical writing, and integrated reasoning abilities and has a total testing time of three hours, 30 minutes. Test takers can register for the exam at mba.com.