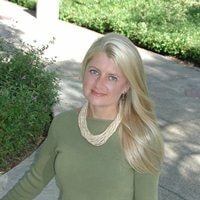 University of Western Australia MBA students will have the opportunity to learn how to manage a multicultural workforce as part of a new course to be taught by top academic Winthrop Professor Cristina Gibson.

Winthrop Professor Cristina Gibson (pictured), who was recently named in the top one per cent of influential scholars worldwide in the field of Economics and Business, believes that organisations must embrace diversity in their teams.

“Currently in Australia, 27 per cent of the population was born overseas and another 20 per cent live in households with at least one overseas-born parent,” Professor Gibson said.

“My research suggests that, rather than down-playing or forsaking these affiliations in the name of becoming ‘one team’ instead, members should be encouraged to contribute the views and knowledge that coincide with these different affiliations, and strongly maintain them.

“This results in a greater pool of perspectives for the team’s task and increases the reach of the network of relationships outside the team, which bring greater resources and opportunities.”

Professor Gibson was named in the prestigious Thomson Reuters 2014 Highly Cited Researchers list, recognising her work in the area of international management and cross-cultural psychology, with a focus on multicultural and geographically dispersed teams.

Over several decades, she has worked with more than 30 major multinational firms, including General Electric, General Motors, Johnson & Johnson, Oracle, Westpac, and Woodside.

Professor Gibson will teach a new unit called Leading Global Collaborations, to be offered to Master of Business Administration full time students from 2015.